My favorite project (ever) was a Diablo II botting system I made in 2008. The summer before sophomore year of college. If you have never played the game Diablo II, it's your typical nerdy Dungeons and Dragons kind of collect gear + level up + beat up monsters type of game. 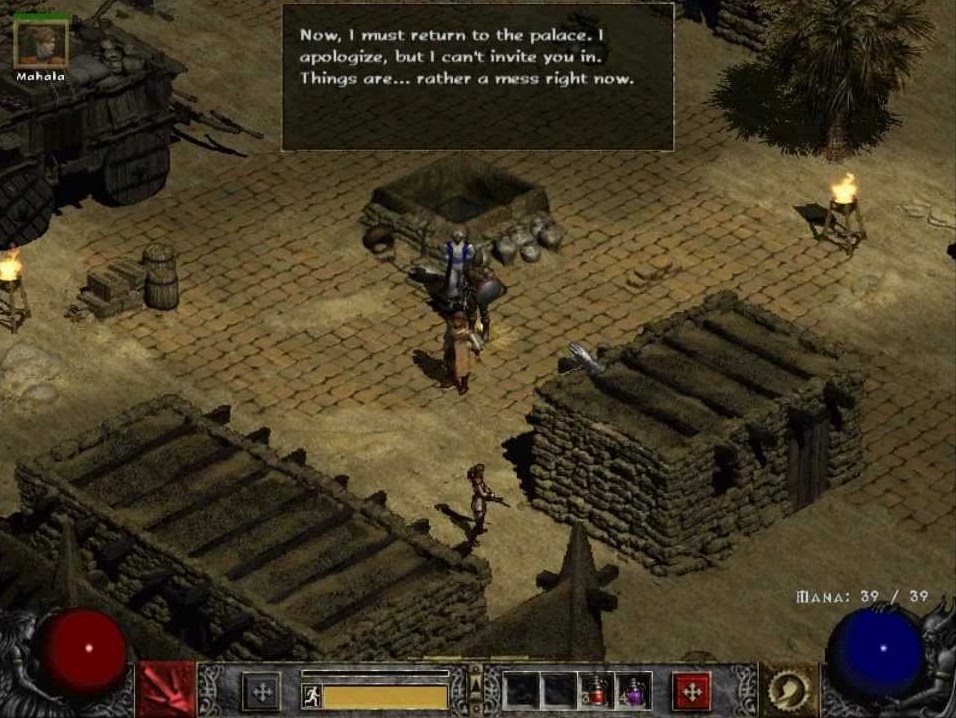 A clientless bot tracked the game state, replied to every packet appropriately, and did this all without a real game client running. Without the client running I could start thousands of bots on a regular computer, instead of at most 2-4 bots that soaked up all of the memory/CPU to display graphics.

Normally this wouldn't be possible, because most bots required the game to be running to see the map and path to the monsters. One of the secret ingredients to my bot was the ability to generate the game map based on the seed received on game join. I wrapped an API around this map generator and that's what made my bots extra special!

I couldn't have done any of this without the amazing reverse engineers who shared their work in the Diablo II hacking community. There were entire public wikis dedicated to definitions for each packet and memory structure. Pretty cool stuff to be noodling on when you're still in highschool!

Here's the neat little maphack that tested out the map generation API:

A maphack is a tool that reveals unexplored areas in a game. StarCraft, Counter-Strike, WarCraft, etc. all have similar tools that give some players an advantage over others. It's pretty lame to do in Player vs Player games like StarCraft, but in Diablo 2 it makes finding items less tedious -- a little bit less cheaty :)

This maphack was novel in that it didn't do anything inside the game that changed memory or hooked into anything in a strange way. Using the map seed I was able to generate all the maps in the game, then stitch each area together. Not to mention with the API we could run the maphack on a separate computer!

Also, the maphack could do some not-so-undetectable things like hook into the game and inject "teleport to X, Y" packets until you reach the destination.

Bot pathing around the map

Not only could the bot run without the client, that was pretty cool, but it also required no configuration. Normally with other bots, you'd have to edit some .ini or something similar outlining your character, where to put items, what skills to use, some kind of script to do attacks in a smart way (i.e. for ranged attacks position yourself far away).

What my bot did, instead of reading some .ini file, was look directly at your character and infer a good build! This was like Heroku for Diablo II bots. You just pointed my bot at your character and it took over. If you had, for example, the "lighting bolt" spell maxed out, the bot would assume the "RangedAttack" pattern and stay at a decent distance while staying in line of sight. If you had no items or skills, the bot would smartly be able to at least punch the monsters!

One of the other cool pieces of this bot was the task queue based module system. Every action in the game was fired off by some module, and executed by being pulled off the task queue. For example, I had modules Mover, Killer, Item Pickup, and Chicken. I could write a whole blog on Mover Module, but to summarize it I used the non-client based map generation to stitch together all of the required maps to get from point A to point B. Meaning, you could ask the Mover module to go to the last place in the game from the first point in the game, and it could stitch every map together giving you all of the waypoints + quests required to get to that location.

The task based queue was especially useful. Consider if you were moving from Point A to Point B and some monster smacks you to half health, how will the bot react? The Chicken module will add a "very high" priority task to get the hell out of that area!

Other cool parts of this bot were: CD Key rotator for running many bots at once sharing a pool of keys, entire website payment gateway + API, and some pretty impressive API performance using fancy caching techniques with IO pooling.

The whole project was built in about 2 months with C#, PHP and JS!