Top 5 gaming documentaries of all time 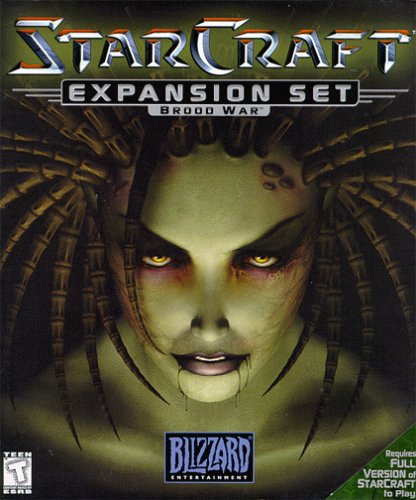 Here's the scenario: I am 15 years old playing StarCraft: Brood War against someone named "crapball." Ha! What a funny name, should be a quick game... no, he beat me!

I begged him for a rematch and thankfully he oblidged. He beat me again. Getting a little upset... I beg him a second time for a rematch, but this time I won't make such silly mistakes.

He crushed me. We were playing on Lost Temple and he cheesed me by building a pylon where I would put my supply depot on the ramp. Shit now I can't wall off... what!? Now he's building cannons... that son of a bitch!

Something about how he was playing was beautiful, I almost beat him every game but he had such clever solutions to problems I thought were insurmountable. I checked the replays and he was doing hundreds of actions a minute compared to my dozens.

Something about losing to "crapball" pushed me to keep trying and to find my own style, to be as aggressive as he was and to make people react to me instead of being the reactionary one. To me, there's as much beauty in these struggles as with any physical sport. It takes a tremendous amount of determination to succeed at anything, but to be the best requires personal sacrifice as well.

"My Life of Starcraft"

Sean "Day[9]" Plott walks us through his best and worst experiences in his competitive StarCraft days. It's tear filled and makes me feel old, I remember seeing "Day9" in the World Cyber Games and rooting against him! Very powerful stuff in this video blog.

"The King of Kong: Fistful of Quarters"

King of Kong is the passionate story of Steve Wiebe trying to crush the arrogant and doofy Billy Mitchell at the classic arcade game Donkey Kong. This shows better than most docs all of the work, emotional pain, and disappointment we've all faced. Whether it's dealing with our own problems or having a bully knock us down.

The Smash Brothers Documentary details all of the top players throughout the history of Smash Bros. It's pretty interesting watching people start the scene, become dominant, get toppled by newcomers they destroyed earlier, and then come back for dramatic close wins.

Word Wars is a movie about scrabble, which I am kind of stretching to fit with the rest of these, but the theme is the same: hard work leads to incredible things. No matter what that thing is, I can respect hard work and tremendous sacrifice.

Free to Play: The Movie (US)

Free to Play a very professional documentary about the recent developments in the Dota 2 competitive scene. Millions of dollars are on the line!

I am working on putting out a serious fire now. Gettin' into that weird head space where you grow as a developer, the place where all hair is pulled out, desks are slammed, "WHAAT!?" is screamed every 45 minutes, but you can't really force yourself to take a break.

I need to make sure this worker is running properly and the stdout output is all I need to get to the juicy debug info.

First I'll get the process ID

Thanks to Lari Hotari for giving everyone a neat solution.